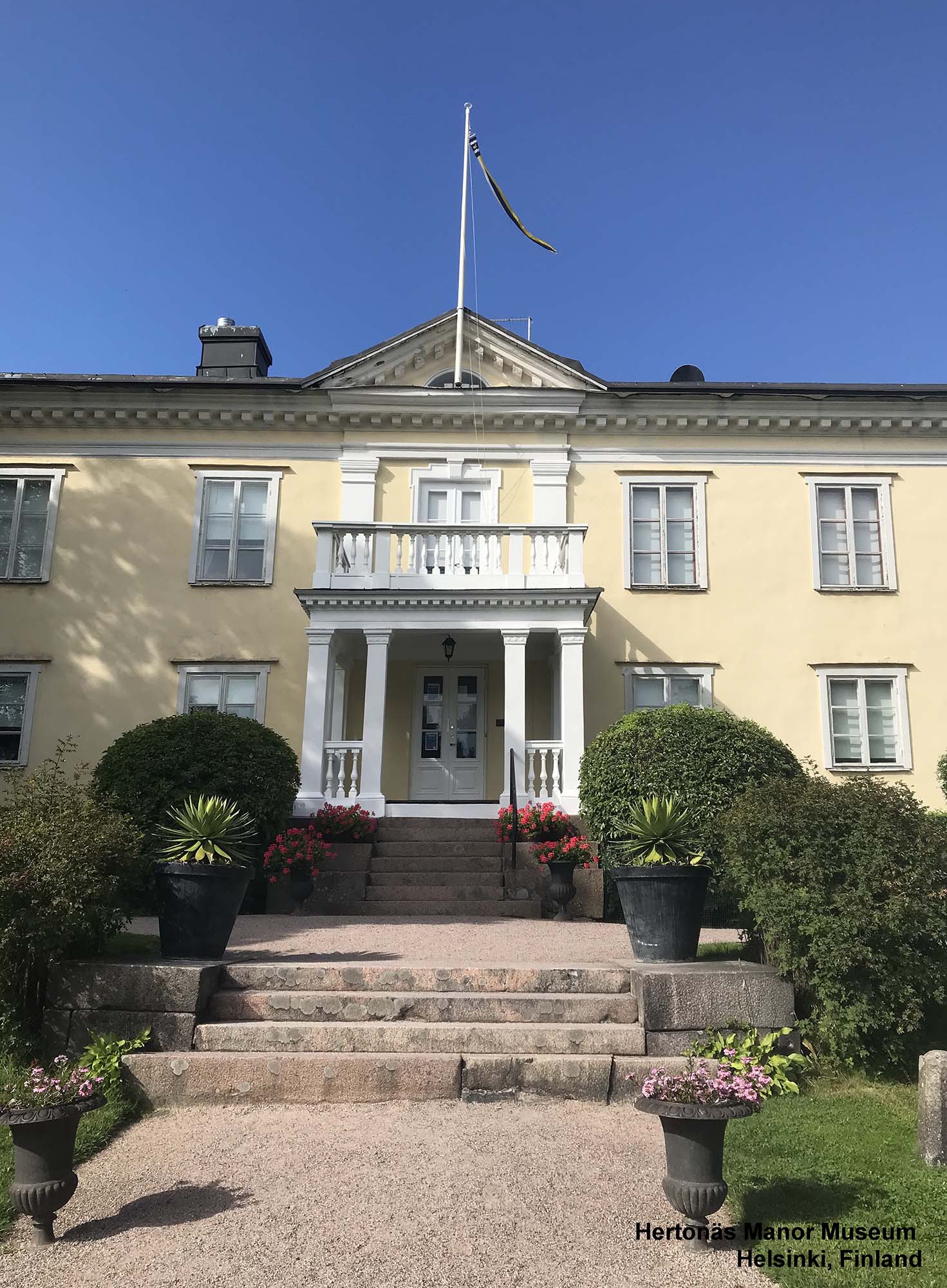 Herttoniemi or Hertonäs Manor Museum is located outside Helsinki, Finland. The museum was created in the 1920’s. It consists of a main building and two gazebos, several economy buildings and Knusbacka, a museological farmstead, that was transported here from Sipoo (east of Helsinki). The manor has been owned by many famous Finnish landlords such as commander Augustin Ehrensvärd, who built the fortress Sveaborg (Suomenlinna) outside Helsinki in the 18th century, and admiral Carl Olof Cronstedt. During Cronstedt’s time the main building was renovated in the neoclassicial style in 1815. The museum is now upheld by a society, Svenska Odlingens Vänner i Helsinge