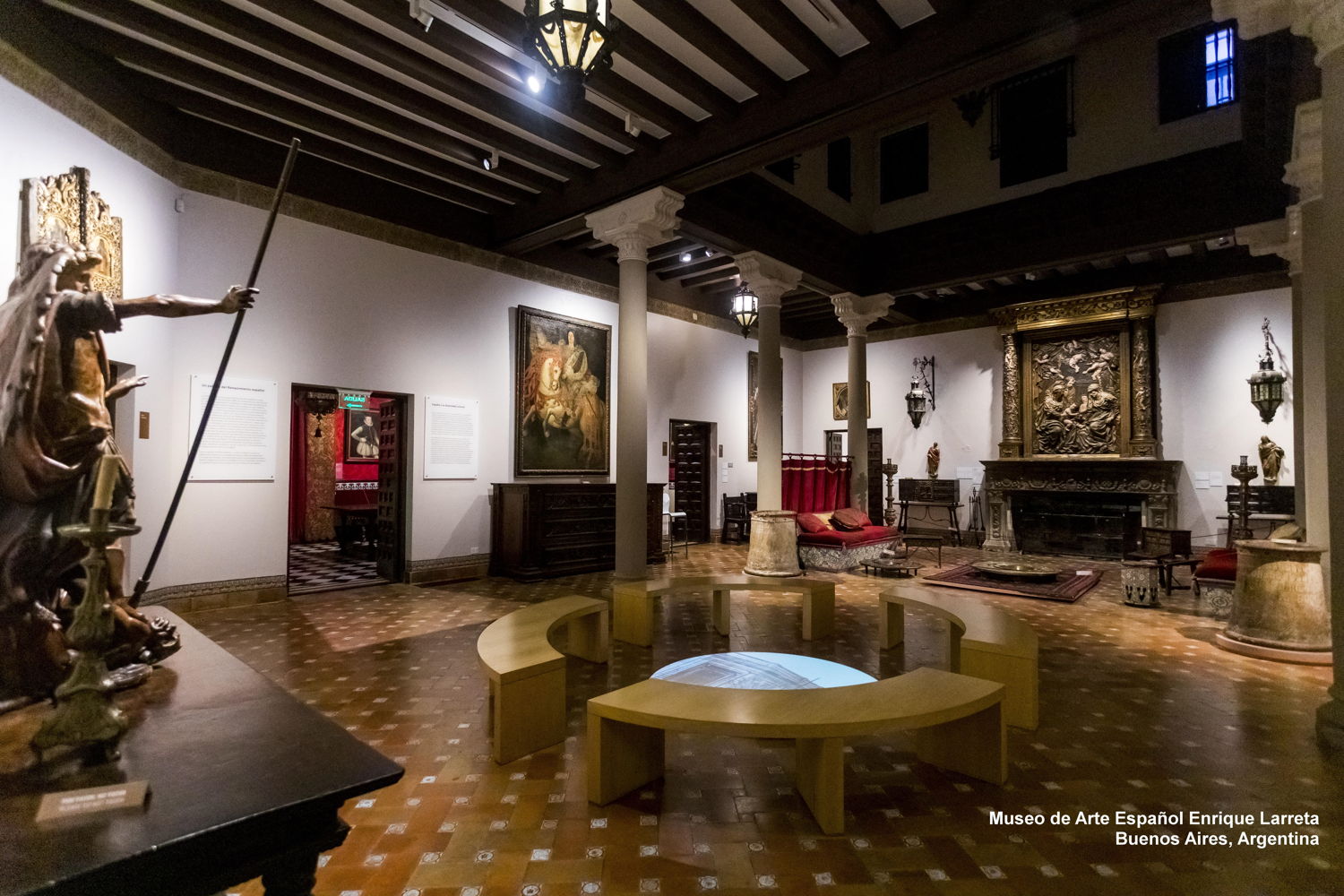 The Museum of Spanish Art, founded on October 12, 1962 was the residence of the Argentine writer Enrique Larreta. The house was built in 1886 by the architect Ernesto Bunge. In 1892 Castellanos de Anchorena purchased the property and she gave it to her daughter Josefina, who married Larreta in 1900. The front of the house was originally built in an Italianate style with an internal open patio. In 1916, after a long stay in Europe, the building became the family’s permanent residence and Larreta implemented a series of changes. The façade acquired a neocolonial style, with simple white walls and red tiles, the patio was roofed, the interior became an environment that recreated the spirit of the Spanish Golden Age. In this environment, Larreta arranged his art collection consisting of paintings, sculptures and furniture from the Spanish 16th and 17th centuries. The tour begins in the Central Patio and from there you can access the different rooms: the Blue Room, the Oratory, the Red Room, the Desk, the Dining Room, the Library and what used to be the private rooms, today used for temporary exhibitions. Over the years, the original collection has grown through acquisitions, donations and transfers, adding valuable works that were perfectly integrated with the initial collection.