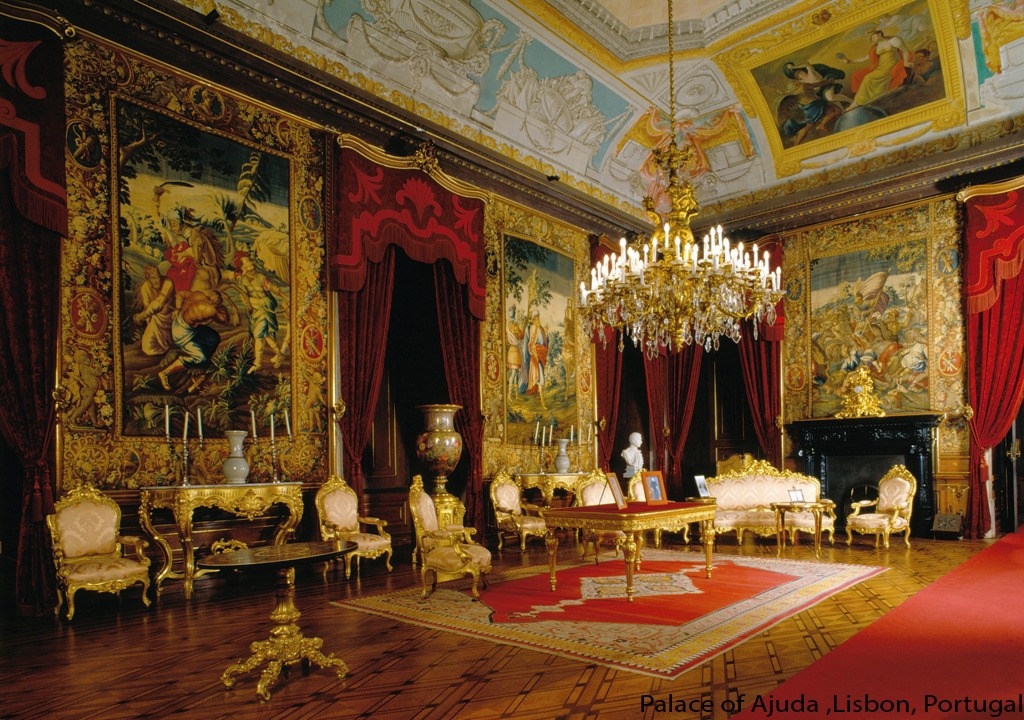 Built at the end of the 18th Century – first quarter of the 19th Century, the Palace of Ajuda became the official residence of the Portuguese royal family from the reign of King Louis I (1861-1889) until the end of the Portuguese monarchy (1910). It was the court setting for the official visits, ceremonies, balls and banquets. It is the only Royal Palace open to the public in Lisbon, presenting the display and décor of the rooms as they originally were. The Palace holds important collections of decorative arts, paintings, sculpture, tapestries, engravings, photography and works of Art by artists such as El Greco, or Greuze Géricault, among others.