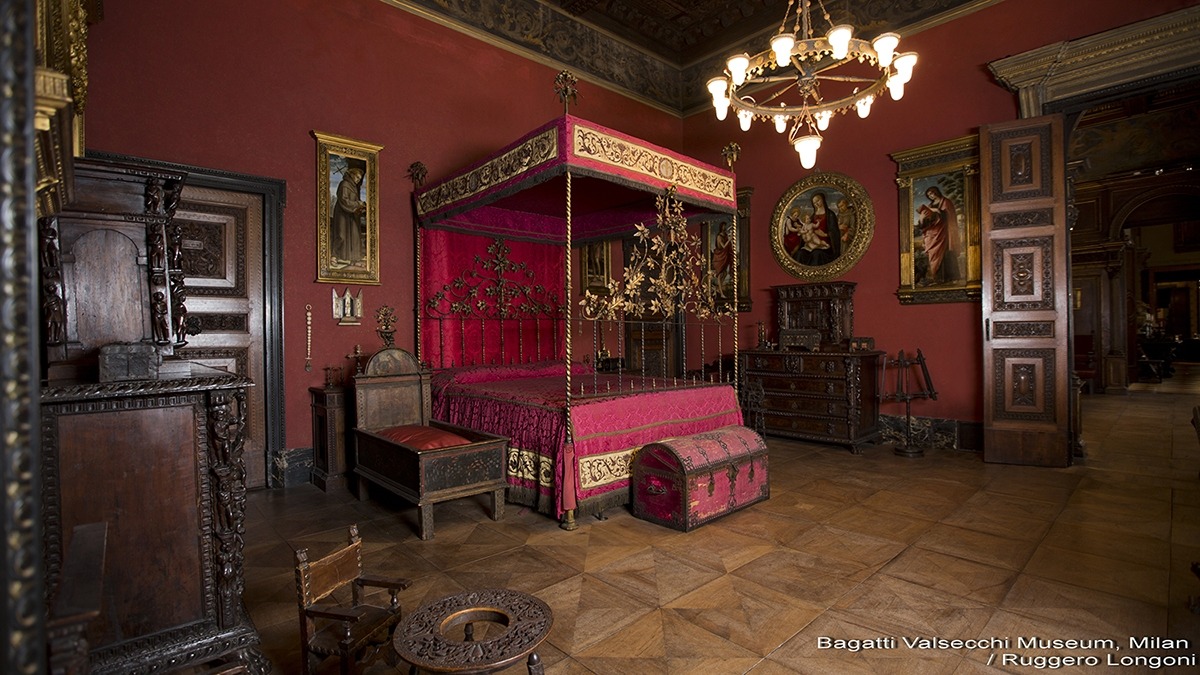 The Bagatti Valsecchi Museum is a historic house museum that exquisitely expresses an extraordinary adventure of collecting at the end of the 19th century. The protagonists were two brothers: the Barons Fausto and Giuseppe Bagatti Valsecchi. Beginning in the 1880s, these two undertook the refurbishment of their family home in the heart of Milan in order to create an ambiance inspired by Lombard homes of the 16th century. At the same time, they began to collect paintings and decorative arts of the 15th and 16th centuries. The Bagatti Valsecchi Museum was opened to the public in 1994. In recent years, the museum has organized and held many cultural initiatives as concerts, conferences and exhibits.