The House of Gisèle 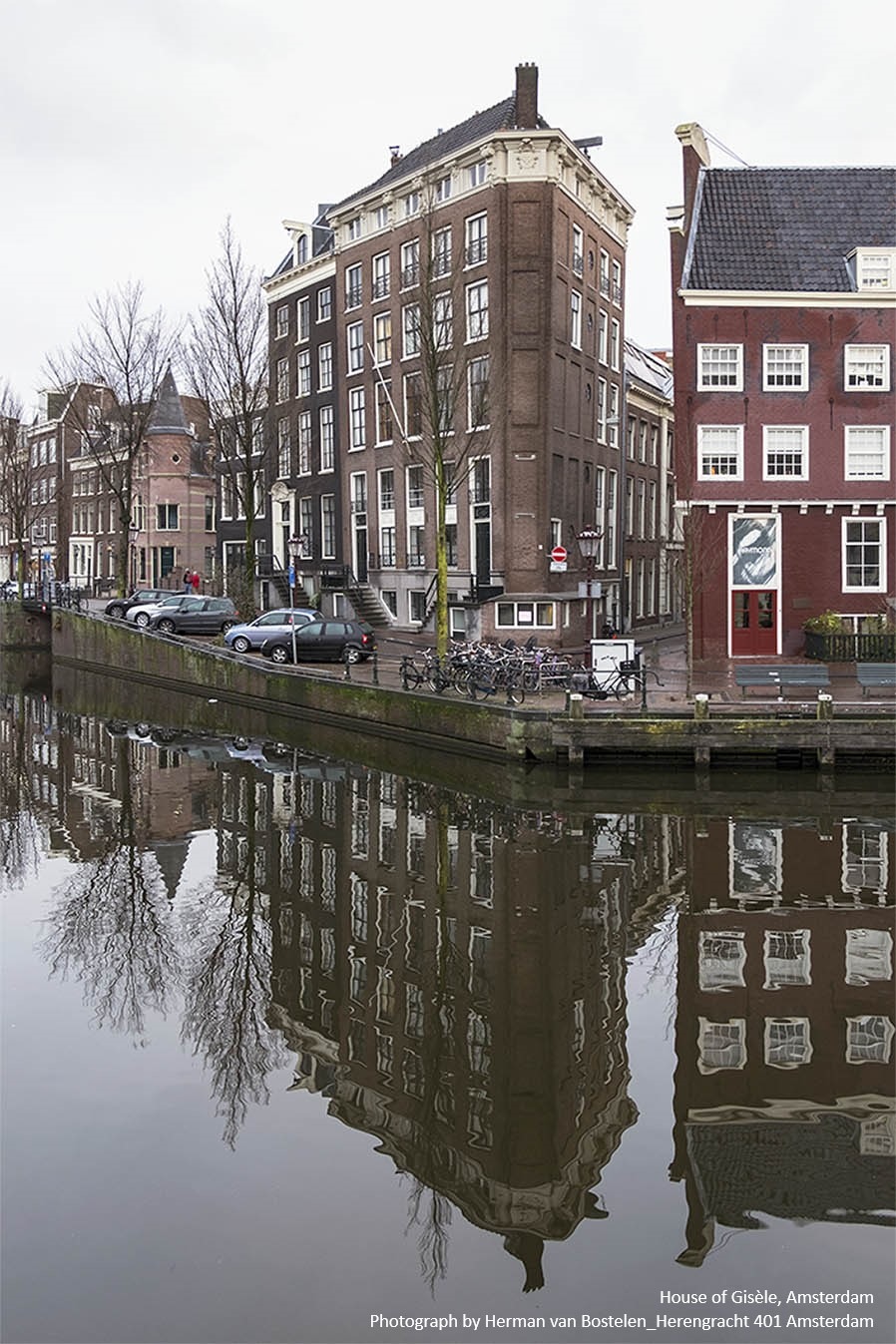 The building Herengracht 401 is a double Amsterdam Canal House built at the end of the 17th century by the merchant Coenraad Christoffers. The artist Gisèle d’Ailly – van Waterschoot van der Gracht (1912-2013) was born in The Hague, the daughter of the Austrian Baroness Josephine von Hammer-Purgstall and the Dutch geologist Willem A.J.M. van Waterschoot van der Gracht. She grew up in the United States and Austria and studied art in Paris. As an artist, she mastered various techniques, like stained glass painting, design of tapestries, drawing, etching and painting. In the 1930s Gisèle returned to the Netherlands, and in she moved to Herengracht 401. During the Second World War, the visual artist Gisèle and the German poet Wolfgang Frommel hid young Jewish people at the residence.  In 1959 she married Arnold d’Ailly (1902-1967), mayor of Amsterdam from 1946 to 1956 and continued to live on Herengracht until her death.

Today, the House of Gisèle (H401) is a private foundation located in the Herengracht building of late artist Gisèle. The house’s interior is largely intact from the 1940s and 50s, with art everywhere, timeless classic furniture, overflowing bookcases and a phenomenal view of the canal.

The House and Foundation are a place where research, art and dialogue come together to investigate the human condition with all its contradictions. The central question is how we as a society, organizations and individuals with layered pasts want to deal with the present and the future. Through collaboration with local and international partner institutions, with artists, thinkers, scholars and scientists, academic and artistic research at H401 goes hand in hand with residences, exhibitions, publications and European cooperation projects with a focus on new ways of dealing with heritage, involving artists.