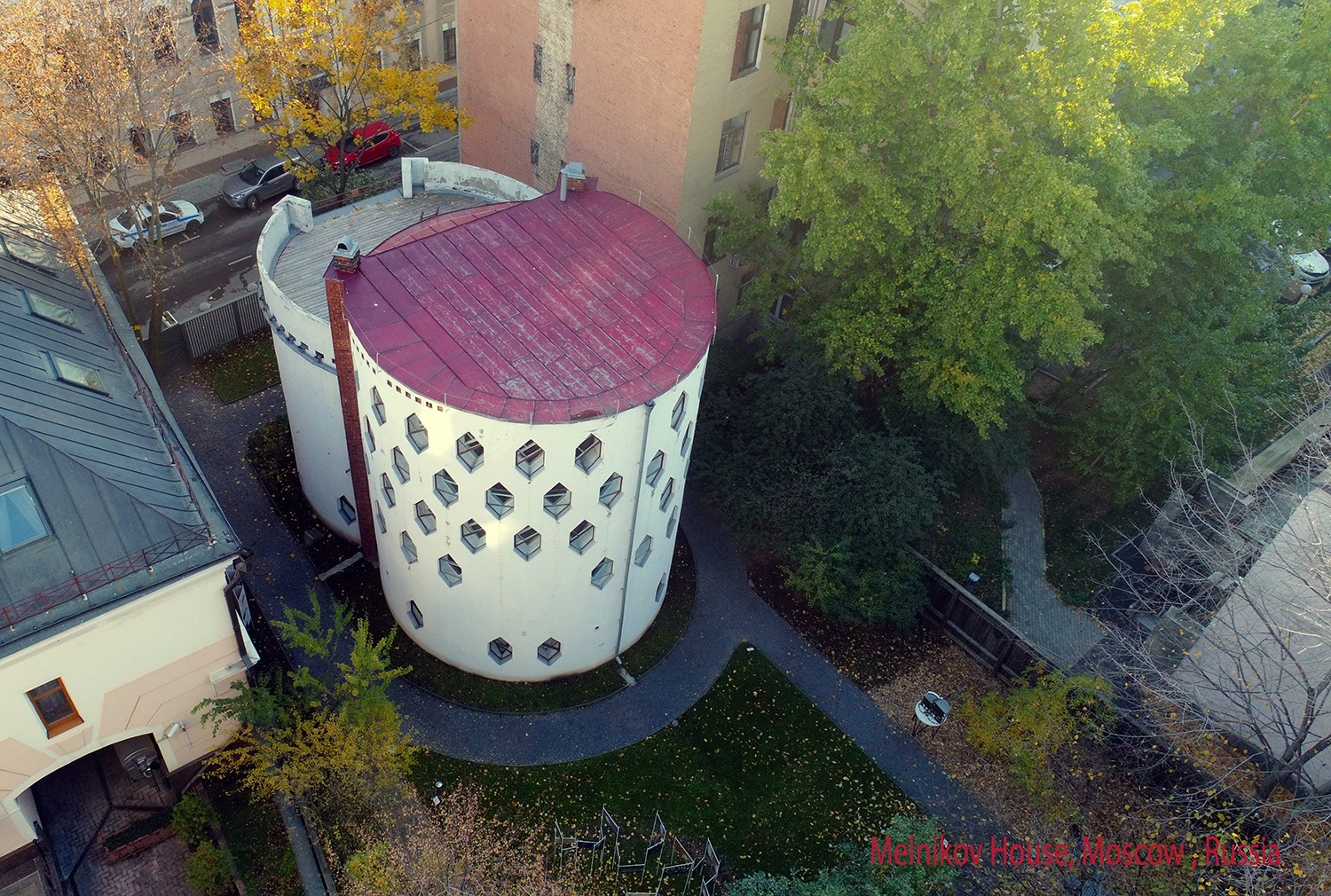 The Melnikov House was designed by architect Konstantin Melnikov in Moscow for him and his family (1927-1929). We opened our doors for small public tours (up to 5 persons) on December 3, 2014 as a first step in the dissemination of the architectural work of Konstantin Melnikov.

A world-famous masterpiece of the architectural avant-garde, the house was originally designed and built in 1927-1929 as ‘an experimental cylindrical house’ to test out Melnikov’s concept of mass construction for residential estates. The original layout, elegant spatial arrangement and smart engineering techniques made this masterpiece world famous. Melnikov said that the essence of the house is in its “even distribution of weight, light, air and heat.” Because of its unique architectural form, it has kept its modern appearance while remaining authentic to the atmosphere of the 20th century, reflecting the tragic life of this maverick architect.