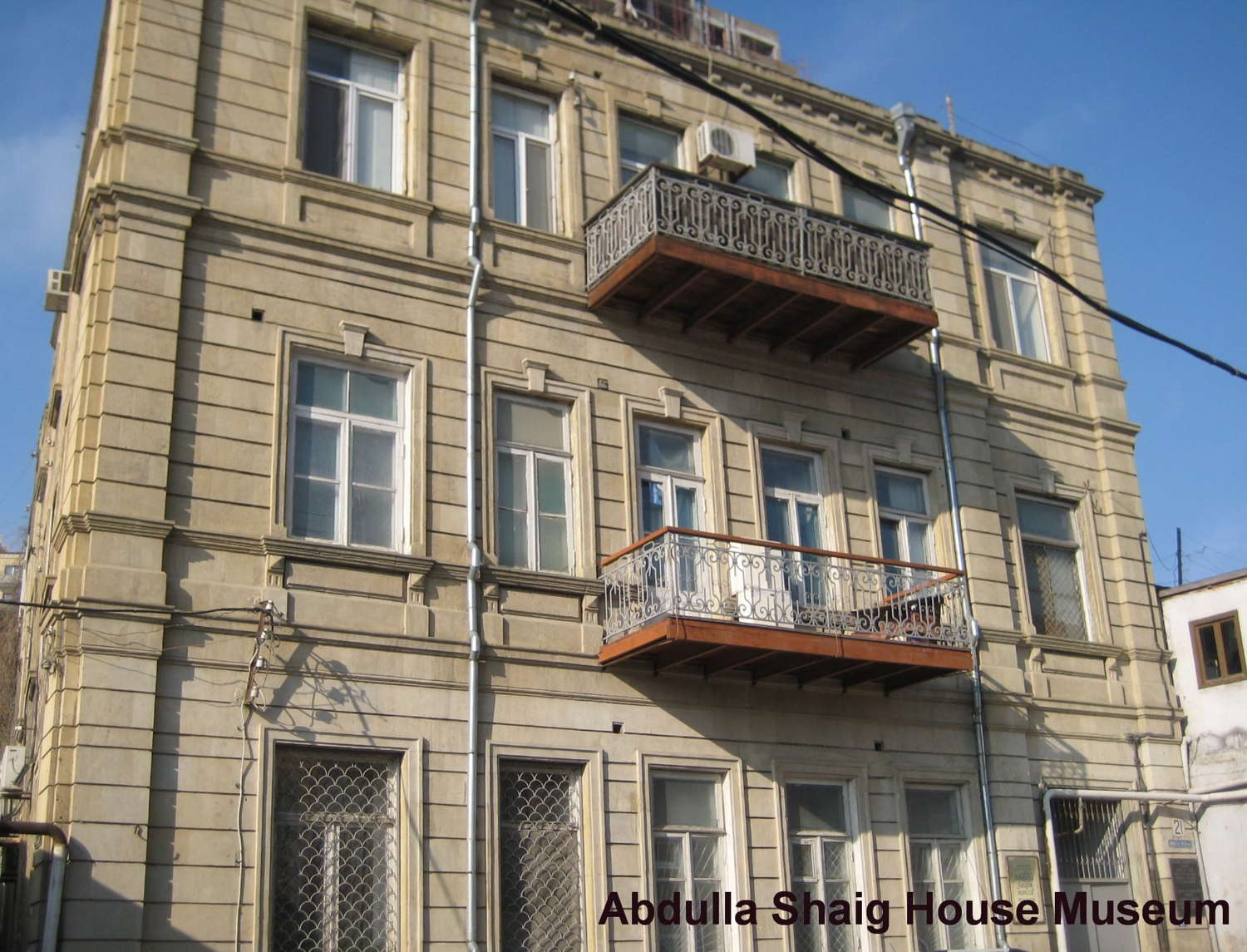 Abdulla Shaig Talibzadeh is one of the great figures of Azerbaijan cultural history. Known as a master of the classics, a poet, dramatist, literary critic, master of enlightenment and cultural interpreter of Azerbaijan.

The museum that carries his name is situated on a street that since 1981 is also named for him. The museum was envisioned by his elder son, the promoter of Shaig’s works and heritage, Kamal Talibzadeh. The museum started its activities in 1991 December during the master’s 120th jubilee and the exposition of the museum opened in 2001.

The apartment museum contains 4 rooms. The first is dedicated to Shaig and his international heritage. The second is dedicated to his personal biography, his birth place, genealogy, personal life, parents, family, and their lifestyles. The third room is dedicated to the writer’s pedagogical creativity. As Shaig said: “Besides being a writer I am proud of being a teacher”. In the forth and last room of our museum Abdulla Shaig’s artistic creativity, critical function and sources, and memorabilia are shown.