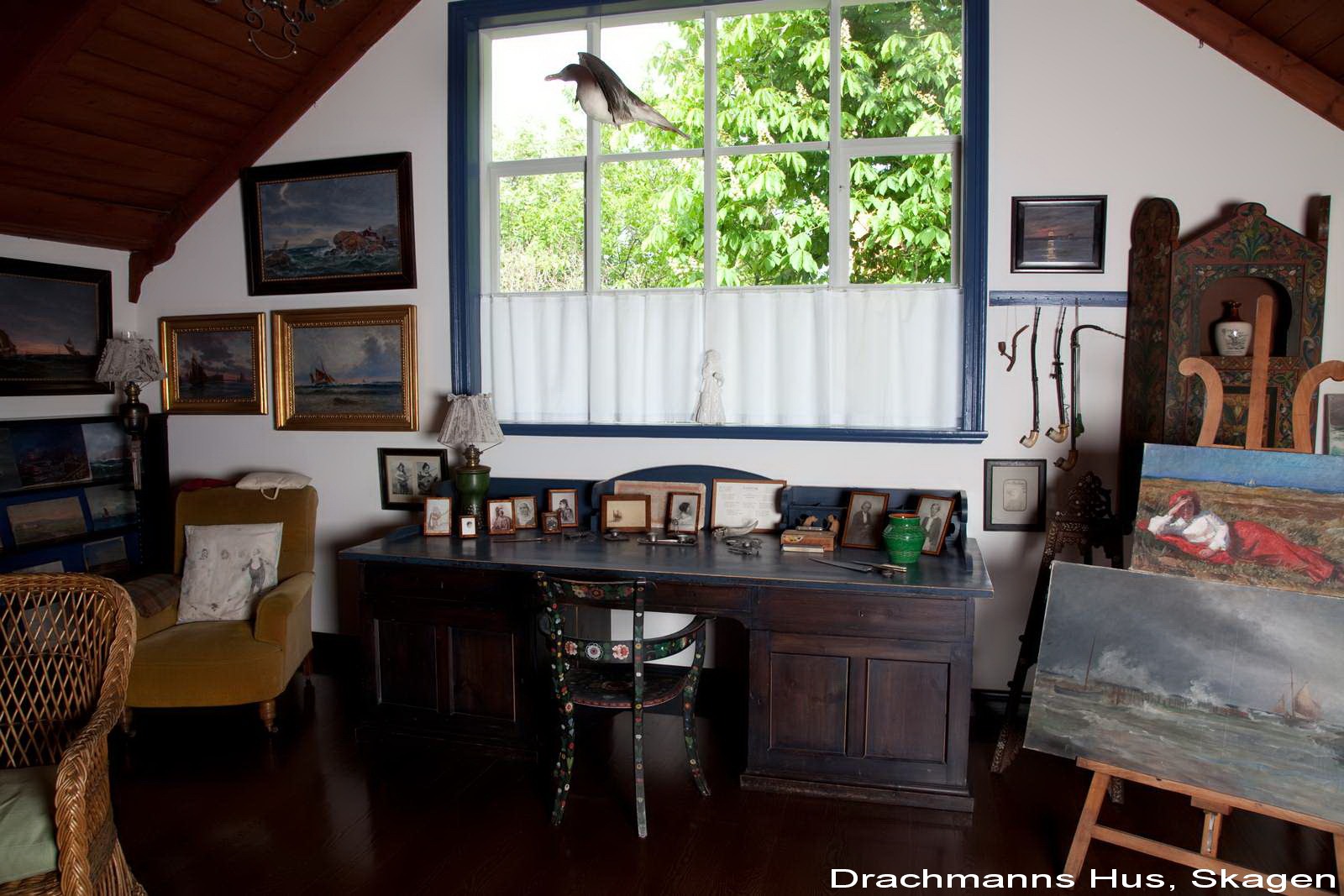 In 1902, the Danish poet and painter Holger Drachmann (1846-1908) bought a former schoolmaster’s cottage in Skagen and had it remodeled as a studio and home for him and his third wife Soffi. Drachmann had been a frequent visitor to Skagen since the 1870s and was a central figure in the Skagen artists’ colony. The interior of Drachmanns Hus is every bit as eccentric as its owner was and contains around 150 paintings and drawings – primarily created by Drachmann himself. Drachmann died in 1908, and the house opened as a museum in 1911.