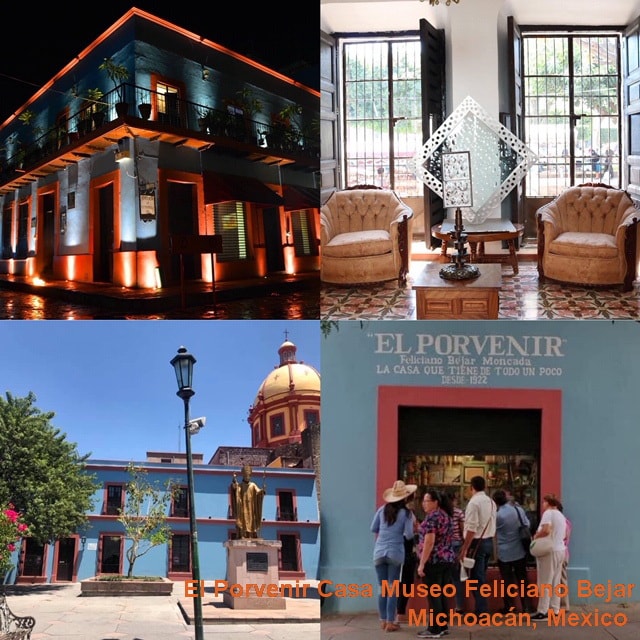 Feliciano Béjar Ruíz (1920 – February 1, 2007) was a Mexican artist and artisan, best known for a style of sculpture called “magiscopios” which involved various materials along with crystals and/or lenses to play with light or create distorted visions. The Casa Museo Feliciano Bejar includes a number of houses within a compound that celebrate his life. The eight showrooms recreate Bejar’s rooms, a central patio, and 3 window displays to show art collections.

The Casa Zaragoza, recreates the family atmosphere showing its paintings and “magiscopios”, that define Feliciano Bejar as an international and van guard artist.