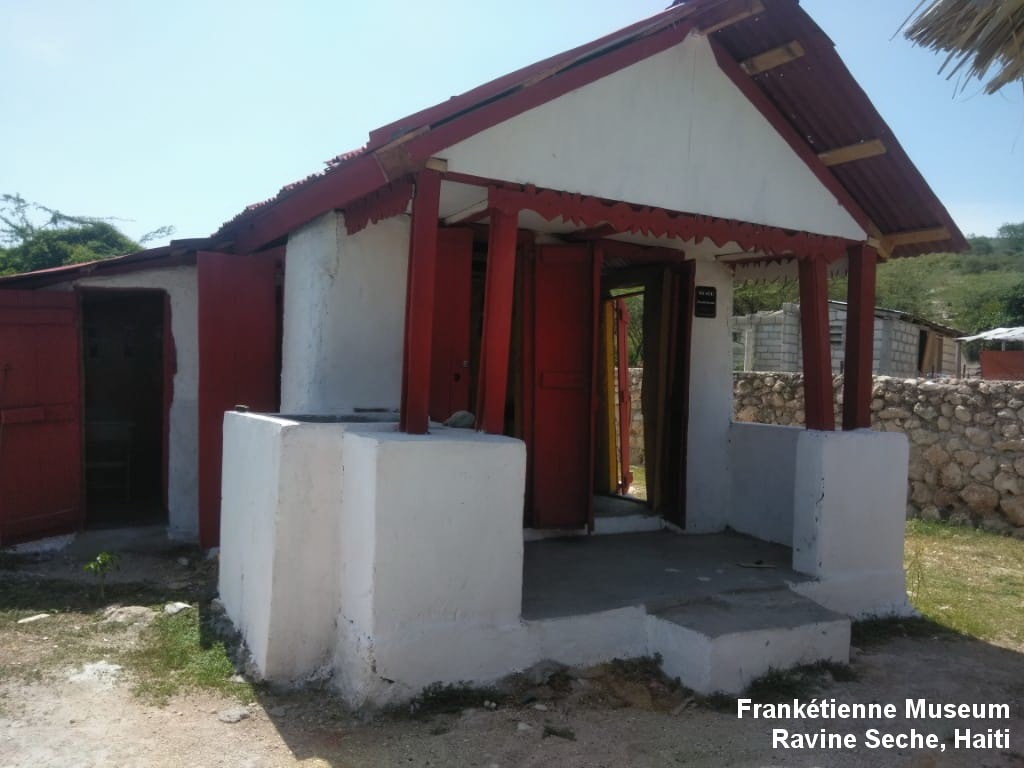 The Franketienne museum-residence is located in the rural village of Ravine Seche in the Artobonite department of Haiti. The museum was founded by the parents of Franck Etienne with the assistance of Michselle and Clotaire Saint-Natus, members of Icom-Haiti.

Frankétienne  was born in Ravine Sèche in a small, gingerbread style house, overlooking the sea. This small house is different from those in the neighborhood and since May 5, 2013 it opened as the “Frankétienne Museum”.

Franck Etienne was born in 1936 to a Haitian mother and an American father. Franck Etienne went to school and university in Port-au-Prince. Although destined to be a diplomat, for over thirty years he was a professor, teaching Mathematics, Physics, Literature and Philosophy. Until 1987, and the fall of the Duvalier regime, he always lived in Haiti, never having left his island. In 1988, he was appointed Minister of Culture in the government of Professor Manigat, victim of a military coup, 4 months later. Franck Etienne is a nationally and internationally recognized writer publishing over forty books (poetry, novels, theater and spirals).

Frankétienne began painting in 1972, strongly influenced by the influences of the American school (Jackson Pollock) and COBRA. He had his first exhibition in 1974. However, over the course of his career as a painter he eventually developed a personal style dominated by a mixture of abstract and figurative.