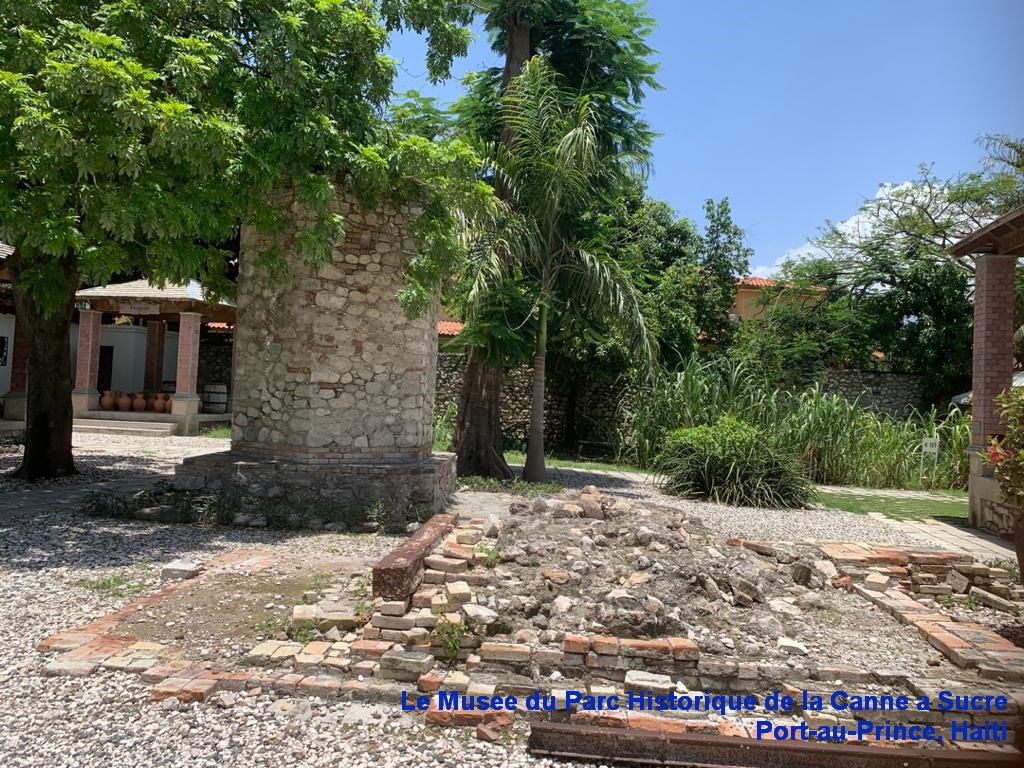 Located in the Plaine du Cul-de-Sac not far from Port-au-Prince, the capital of Haiti, Le Musee du Parc Historique de la Canne a Sucre both a historical house museum and retraces the painful history of slavery and the American occupation in Haiti against the backdrop of agricultural exploitation. Many figures, residents of the location through highlighted at the site: The colonist Louis de Taveau de Chambrun de Chateaublond and his wife, daughter of the cruel Caradeux, both left, one to France and the other to South Carolina, before the revolution;  Colonel Lerebours, the first Haitian to own this place after independence from the country of Haiti in 1804;  Tancrede Auguste, Haitian agro-industrialist who later became president of Haiti who owned one of the two large mechanized sugar factories on the plain at the start of the country’s industrialization, before the arrival of the Haitian American Sugar Company in the early 1900s; – some of his descendants who lived in or worked the fields of Habitation Chateaublond and who remained farmers there until the end of the 1980s. And importantly, the current owners of the place, also descendants of Tancrede Auguste, who have kindly made this colonial and historic site a park and an eco-museum.