The Gatchina Palace and Estate Museum 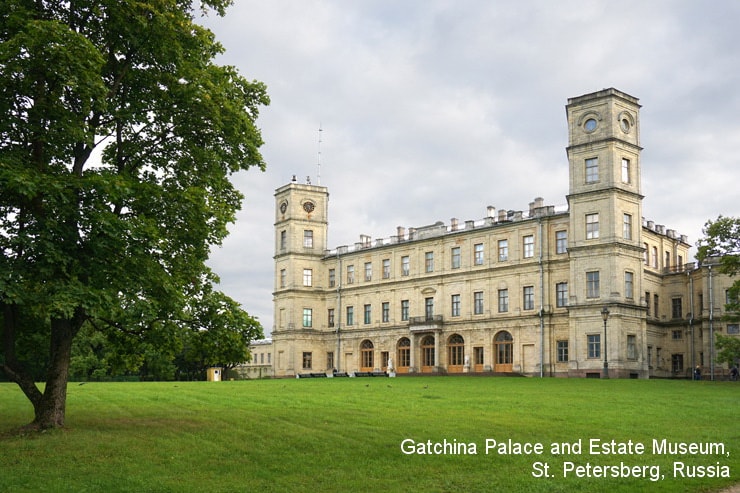 Gatchina Palace and Estate Museum is a former Imperial Residence near St. Petersburg. Founded in the mid-18th century, it was a beloved summer place for the Royal Family, especially during the reigns of Paul I and Alexander III.

The palace was opened to the public in 1918 and was witness to the dramatic events of the 20th century. Today, the museum offers a number of permanent and temporary exhibitions, summer festivals, activities for children and special events.

Gatchina Palace is a popular filming location in cinema, particularly for period dramas, including War & Peace.