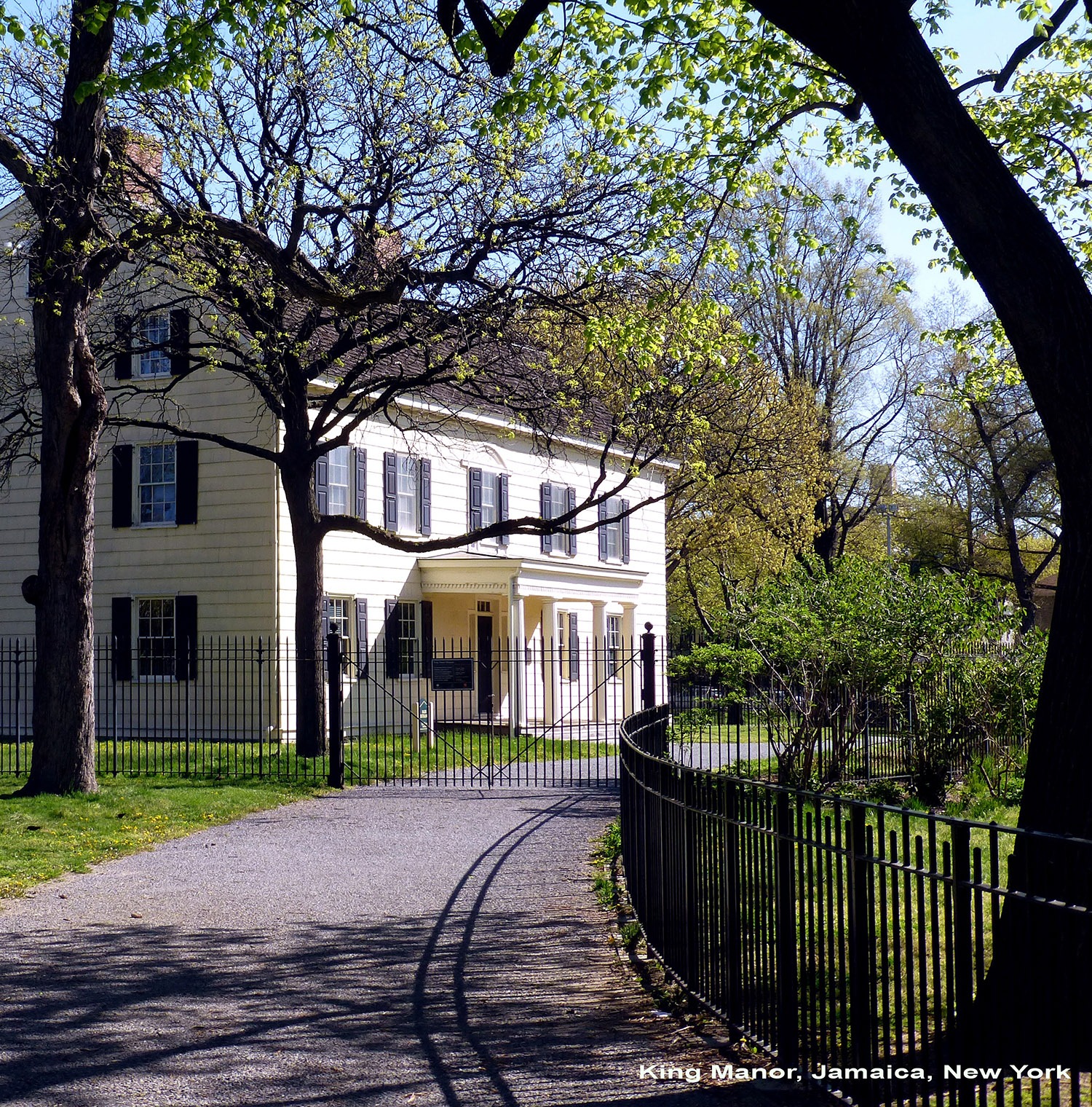 When Rufus King purchased this house in 1805, he was a veteran of the American Revolution, framer of the Constitution, and Ambassador to England. Intending to retire and live as a gentleman farmer, King enlarged the house and property, turning it into a working farm. He lived here while serving several terms as a senator working to pass anti-slavery legislation.

After his death in 1827, King’s eldest son John Alsop King lived here. John too made his career in politics; as Governor of New York from 1857 to 1859, he fought against the Fugitive Slave Act.

King Manor opened as a museum in 1900. Today it interprets the life and times of the King family with programming that fosters critical thinking and an appreciation for history as an ongoing process.