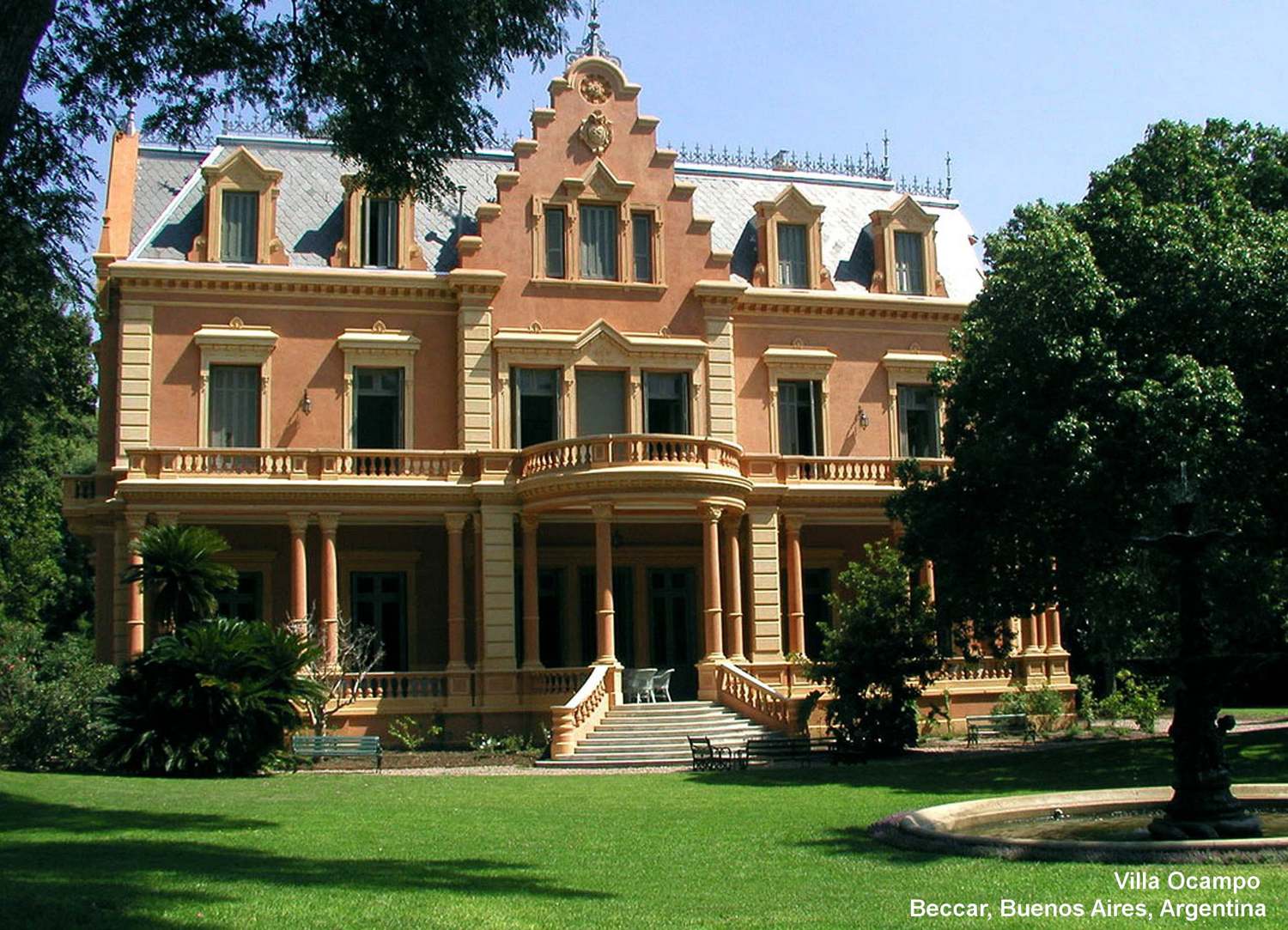 Villa Ocampo is the house where Victoria Ocampo lived and died. It is situated in Beccar, 28 kms from Buenos Aires city. Built by her father in 1890, it was the family’s summer house. Victoria and her sister Angelica inherited the house and before passing, bequeathed it to UNESCO.

Victoria Ocampo was an Argentine writer and intellectual. Best known as an advocate for others and as the creator of the literary magazine Sur, she was one of the most prominent South American women of her time. Her sister Silvina Ocampo, also a writer, was married to Adolfo Bioy Casares. The house is famous for the list of distinguished visitors who came to Argentina invited by Victoria: Rabindranath Tagore, Igor Stravinsky, Le Corbusier, Albert Camus, Graham Greene, Federico García Lorca, André Malraux, José Ortega y Gasset, among many others. Villa Ocampo was also a regular meeting place for Argentine writers, among them Jorge Luis Borges and Adolfo Bioy Casares.

The Documental Central of Villa Ocampo, keeps alive the memory of all this profuse intellectual activity with letters, books, photos and films. UNESCO runs the UNESCO-Villa Ocampo House and Observatory, it develops programs and is open to the public three days a week.