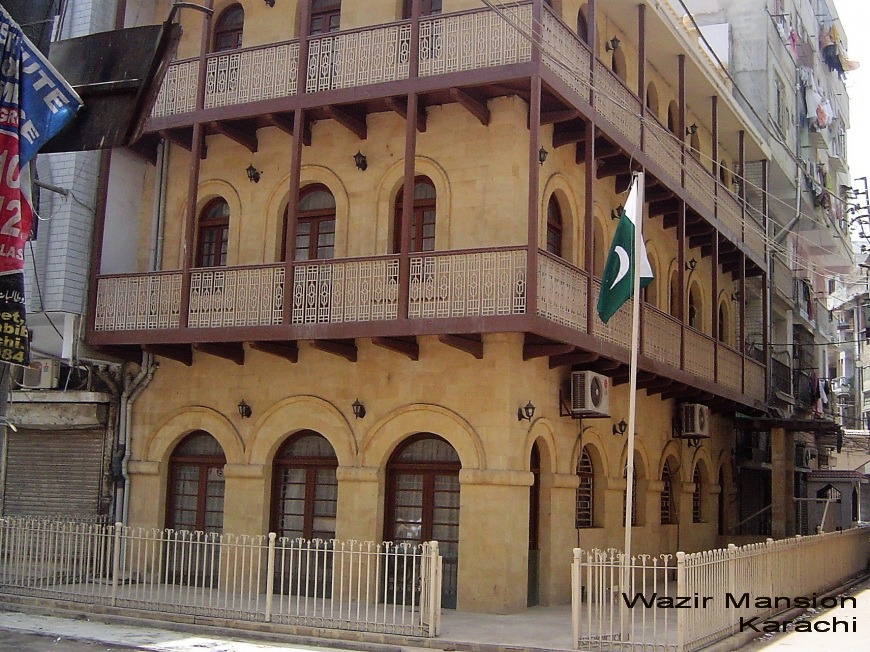 Muhammad Ali Jinnah was born on 25th December 1876 in Karachi. Wazir Mansion is deemed as his birthplace, which is situated in Kharadar – one of the oldest neighbourhoods in the city. Jinnah’s family migrated from Gujrat (India) and he spent 16 years of his youth at Wazir Mansion, before relocating to England to pursue higher studies. Soon after his move, his parents moved back to Gujrat. It is believed that the house was sold after Fatima Jinnah’s birth. However, the Government of Pakistan in collaboration with the Department of Archaeology and Museums restored the site along with the artefacts and declared it as a national landmark. At present this House Museum functions under the auspices of the Directorate of Antiquities and Archaeology- CULTURE Tourism, Antiquities and Archives Department- Government of Sindh.

Wazir Mansion was built during the mid-19th century and its lime-coloured exterior is the most note-worthy feature of the place. It serves as a museum and it is titled as ‘Quaid-e-Azam Birthplace Museum’ since it is home to Jinnah’s personal belongings – from books, furniture, couches to bed sets, daily use commodities, and other artefacts. Quaid-e-Azam Birthplace Museum boasts a reading sanctuary on the ground floor. It has a large collection of books of different genres including a good collection of Jinnah’s biographies as well.